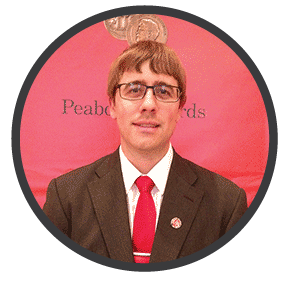 No barriers, no required path and no unworthy ideas — this is how doctoral student Nicholas Browning views Grady College.

When he first stepped onto campus, Browning realized something: if he had an idea worth doing, Grady professors helped or tried to find someone to help him, while also supporting his work. There was a guided freedom to being a graduate student here.

“You were free to design your own path,” he said. “No one was going to tell you what you should or shouldn’t do based on some conceived notion.”

“You realize everything you taught was going to shape what they’re going to do,” he said. “You saw students give up which is hard, but you also saw students step up, which was the best of all.”

However, Browning said his time here focuses on understanding how he thinks, what he thinks and why, while also using Grady resources to help him connect the buzzing ideas in his head. He rarely worked on just public relations campaigns, but also problem solving, connecting people and producing scholarship.

“The best thing that Grady does is that it teaches you to think critically about information,” Browning said. “It’s easier to learn a skill on your own, but it’s difficult to learn how to think, process and integrate all of those things, which is why I’d say Grady is good or even better than skill-based programs.”

Besides the program, the friends and mentors Browning met have been the highlight of his experience at Grady. He openly admits that he walked into a place where he knew nobody — and where he very quickly made a family.

“You get to know these people and what they do and how they work,” Browning said. “There’s a selflessness in it on their end to where they absolutely rub off on you. They teach you how to interact with other people and be a professor.”

Even after looking at other programs, Browning stands by what he said on day one.

“I still realized that this one — Grady College — is the best one,” he said. “It’s still the best one.”