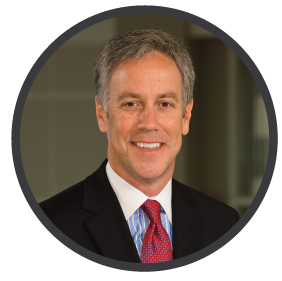 He sat alone in the Drewry Room against the wall, crossing his fingers, reading a newspaper and hoping he had worked hard enough. His major professor passed by the windows, turned to look at him and gave him a thumbs up.

This is how Scott Williamson knew he earned his master’s degree.

Now the Vice President of Public Affairs and Communications at Coca-Cola,
Williamson graduated with a political science degree and was law-school bound, but he decided to give public relations a chance. He came to the University of Georgia and never looked back.

“In a lot of ways, I think I came home not just to the state of Georgia and the University of Georgia, but I came home to really the best career path for me,” Williamson said. “I had gone out and experimented and done some things, but it really was my experience at Grady, the training I got and the doors it opened for me.”

Williamson’s career has taken him all over the world and allowed him to collaborate with notable brands, including the National Football League, NASCAR and Lebron James. However, working at the 1996 Olympics resonates as the most enjoyable and exciting summer of his entire life, and he says it wouldn’t have been possible if he hadn’t worked at Coca-Cola and hadn’t gone to Grady.

“The world came to Atlanta, and I was working in media relations,” Williamson said. “I was using the skills I had learned here at Grady and entertaining media literally from every corner of the world.”

In 2000, Williamson took what he learned from Grady College and his mentor Earl Leonard and created an opportunity at Coca-Cola exclusively for Grady students. Williamson has since secured incredible possibilities for 16 students to flourish in the beginnings of their careers.

“There will be somebody who opens the door after me,” he said. “I tell all our Grady interns, ‘If this experience has been valuable, if you have learned, if your career has been advanced, the only obligation that I place on you is to go and do likewise.’”

That bond and continuation of success emanates from being at Grady, Williamson said. Even if for a short period of time, the connection lasts a lifetime.