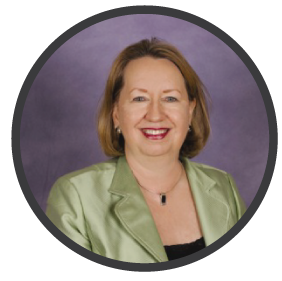 But the one she’s most proud of? Owning and running her own firm.

Within five years, Tieger grew her two-person team at Goddard Claussen in Washington, DC into a $5 million operation with 25 employees.

“While I enjoyed my entire career, I think the most difficult decision I made and by far the biggest challenge of my career was building a business from the ground up, " she said. "Then being able to turn around and sell it — that was something really important to me."

Her career led her to more than three decades serving on Capitol Hill, working on high profile advocacy campaigns like Harry & Louise and U.S. trade with China, and chairing Burson-Marsteller’s worldwide environmental practice.

Now, Tieger is helping prepare Grady College students with the creation of a public affairs chair within the college.

“I wanted to help equip our young students with the skills to work in the world of politics and public policy if they have a desire and a passion to do so,” she said. “The field of Public Affairs has been good to me, and I wanted to give back to Grady and to its students."

The public affairs professorship, which will eventually become a chair, will prepare students to enter the world of policy with communication skills for jobs ranging from press secretary to campaign manager to public affairs executive to even White House correspondent.

The program will be designed to provide students with practical skills: how to understand polling, develop messaging for politicians and deal with a public affairs crisis. among others.

Her ultimate goal, she said, is to have the presidential debates sponsored by Grady College under the chair.

Never expecting to go into public affairs, Tieger said one Grady professor, Margaret Johnston, heavily influenced her decision to venture to Washington. D.C. and enter the world of politics.

Her training at Grady College, she said, helped pave the way to get a jump start in competition in D.C. Tieger has never forgotten where she came from, which is why she wants to provide the same jump start to future Grady grads.

“I wanted to be a cheerleader and advocate for something big from the time I was little,” she said. “Which is why I got into public relations in the first place.”